JPMorganChase Vice Chairman Jimmy Lee was all set to use their official Twitter account, @JPMorgan to answer questions posed to the banking giant using #AskJPM.  The seemingly innocuous move turned immediately to panic as apparent distrust, anger and indeed simple trolling immediately took over the hashtag.

Why did this become such a problem?

Aside from simple internet trolling, public confidence in America‘s banking system remains low — and indeed, possibly even contemptuous.  Even I stopped myself from submitting the following question:

“Why did you purchase new jets and hangars for them while you received $25 Billion of my money? Wasn’t it because you were in trouble and needed help? Or was it because you screwed America, and you knew it and wanted to get away with it again? #TARPFunds #BankingCrisis #AskJPM

I still don’t trust the banking system — particularly after having worked in it for several years from the mortgage backed securities side.  Consumers get ripped off at every opportunity, and while improvements have been made, it’s a system of ethics and thought that drives the industry to produce “more, more, more; and damn everything else!” 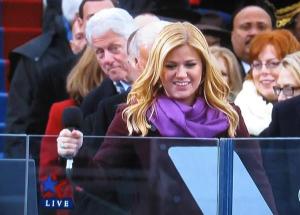 Many political careers — particularly in the late 20th and this, the early 21st century thus far, have ended in embarrassing ruin.  Bill Clinton, leaving office with some of the highest presidential approval rates in history, is often cited for jokes such as “having made the word ‘blowjob‘ politically correct,” or having all sorts of goofy images posted of him that would otherwise be looked over as innocuous.  On the other hand, George W. Bush left office with among the lowest approval ratings in history — but in his retirement, the vehement rhetoric launched toward him, and his dismal approval ratings, have been softened by time.

Other political post-mortems have been much more hilarious.  Former Congressman Anthony Wiener resigned in disgrace after he accidentally posted a photo of himself on Twitter; which blew open a scandal of himself sending less-than-fully-clothed pictures of himself to women online.  Having resigned nearly two years ago, he’s now looking at making a comeback as a candidate for the Mayor of New York.

George W. Bush has essentially retreated to a private life — arguably because of the overwhelmingly negative view the people had on his Presidency; whereas Bill Clinton, while still as polarizing, has enjoyed overwhelming public support — even in the ever-existing shadow of his own sexual scandals in office.

Are such political comebacks possible?  Could George W. Bush or Bill Clinton [or Anthony Wiener in this case!] make a comeback in a positive light, or would their scandals and disgrace continue to follow them?