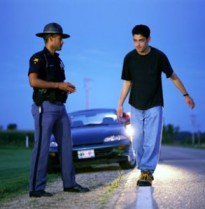 The National Transportation Safety Board (“the NTSB”) wrote a report today recommending all 50 states in the United States lower the level of driving under the influence from 0.08 to 0.05 Blood-Alcohol Content.  The responses from each side of the argument have been interesting to say the least. Swift action, including the revocation of driver licenses was also indicated as a punishment to those to keep repeat offenders from becoming habitual drunk drivers.

The report published by the NTSB also noted that lowering the intoxication threshold would save anywhere from “500 to 800 lives per year.”

Even the lowest levels of alcohol seem to impair drivers, the NTSB has said.  In an NTSB study, people were given alcohol and drove in simulators.  At 0.01 BAC, drivers in simulators demonstrate attention problems and lane deviations. At 0.02, they exhibit drowsiness, and at 0.04, vigilance problems.

“This recommendation is ludicrous,” Sarah Longwell, managing director of the American Beverage Institute, said in a statement to CNN.

“Moving from 0.08 to 0.05 would criminalize perfectly responsible behavior. …A little over a decade ago, we lowered our legal limit from 0.1 percent after groups like Mothers Against Drunk Driving assured the country that, based on all the science, 0.08 BAC was absolutely, unequivocally where the legal threshold should be set for drunk driving. Has the science changed? Or have anti-alcohol activists simply set their sights on a new goal?” Longwell asked.